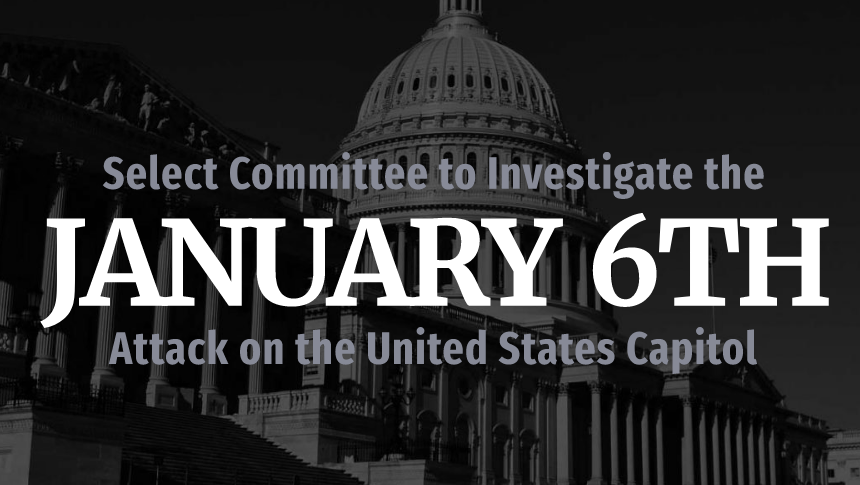 Conservatives are opposed to the ongoing abuse of power demonstrated by the January 6th Select Committee, which continues to weaponize Congress’ investigative authority against American citizens – private individuals and Members of Congress – in unprecedented ways.

Based on the House resolution that formed the Select committee, the committee, made up of Nancy Pelosi’s handpicked henchmen, is not only improperly constituted, but so are its official actions – including formal depositions, which can no longer be the basis for further action.

At the outset of the committee’s formation, Chairman Bennie Thompson sent letters to 35 telecom, email, and social media companies instructing them to preserve call details, text messages, location records, and the content of posts for a list of individuals which reportedly include Members of Congress, members of the Trump family, and a host of regular Americans who may have been “otherwise involved” – in what, it is not clear. The records request, which is supposedly related to the events of January 6th, for some reason goes all the way back to April 2020.

Thompson didn’t bother to say who, exactly, he was after. “We have quite an exhaustive list of people,” Thompson told CNN. “I won’t tell you who they are.” And he made clear in his letters to Verizon, AT&T, and other companies, that he did not want them notifying the users that their data is being turned over to the government.

In short, Thompson issued a surveillance order for a secret list of people who haven’t necessarily done anything wrong, and who Democrats want to be prohibited from knowing that the intimate details of their digital lives are being harvested by Congress.

The committee has since escalated its violations by referring criminal contempt charges to the Department of Justice for those who refuse to comply – including, for example, for former Assistant Attorney General Jeffrey Clark, whose actions have no demonstrated connection to the events of January 6th. The DOJ, which has not pursued a criminal contempt charge in roughly 40 years despite receiving many of them, has acted in a nakedly partisan manner in issuing charges against Steve Bannon.

The DOJ must now determine whether it is going to continue to be a partisan lapdog for this illegitimate House entity. We call on the Department to put a halt to this nonsense, and to refuse to bring the criminal contempt charges sought by the committee against Mark Meadows and Jeffrey Clark, neither of whom has engaged in criminal contempt of Congress.

Not content with bullying and threatening anyone who does not comply to their satisfaction with whatever the committee decides it wants, the committee is now threatening subpoenas against their own House colleagues, a wild and unprecedented breach of protocol, decorum, and House tradition, as well as an assault on the Constitutionally protected “speech and debate” clause rights of members of Congress, and thus on the Constitution itself.

All of this, it should be noted, is occurring against the backdrop of an investigation already completed by federal law enforcement. The FBI – which seized banking, phone, social media, and geolocation records from the nearly 600 people they arrested and charged, found no evidence of any central coordination or organization.

According to senior law enforcement officials, “90 to 95 percent of these are one-off cases . . . there was no grand scheme with Roger Stone and Alex Jones and all of these people to storm the Capitol and take hostages.” Moreover, investigations demanded by Democratic House members into Republican House members, conducted by both the inspector general of the Capitol Police and the Government Accountability Office, have turned up nothing.

The actions of the January 6th Committee then, are clearly not in pursuit of a law enforcement or investigatory end – that work has already been completed and turned up nothing. Instead, it is designed purely to prosecute a political agenda, to name and shame individuals who haven’t done anything criminal, but because they were remotely connected to President Trump or the event itself.

In 1957, the Supreme Court held that “there is no congressional power to expose for the sake of exposure” or to engage in conduct “where the predominant result can only be an invasion of the private rights of individuals.” House Democrats should take heed.
The January 6th Select Committee is a gross abuse of congressional power against American citizens – private individuals and Members of Congress. It is an assault on the rule of law which is a bedrock principle of our form of government. We emphatically condemn it and urge all Americans who believe in a system of justice that is fair and equal to condemn it as well.